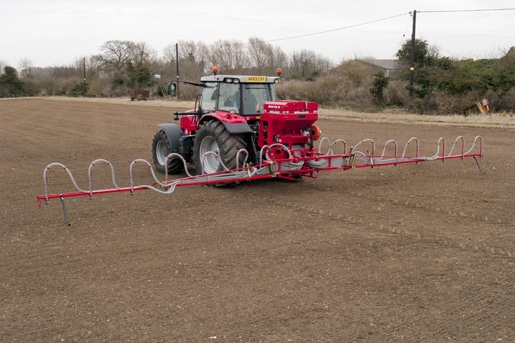 Blackgrass control isn’t all about chemicals and crop rotations. How you go about cultivations and crop establishment can have a big impact in knocking out problem grass weeds. Here OPICO’s MD James Woolway gives his advice on getting the right strategy.

With wheat at £100/tonne no grower can afford the expenditure of a stacked chemical programme. Instead a combined approach is needed focusing on cultivation strategies, rotation, maximising chemical efficacy and, most importantly, how we get a crop in the ground.

Over the last two years we’ve had increasing numbers of existing and new customers coming to us looking for tools that will help in the battle against blackgrass. We’ve spent a lot of time developing and identifying the right bits of kit to aid in the fight from cultivators and rolls to Avadex applicators and minimum disturbance drills. But it’s not all about the hardware – it’s how you use it that really counts.

Primary Cultivating
When primary cultivating always work to the maximum depth required with the first pass. Cultivating deeper later on will only disturb new weed seeds closer to drilling. Ensure enough soil is moved during cultivations so that the drill will not need to work deeper to do its job.

Drainage
Drainage is key. It might be uneconomical at present to start trenching in new pipework but moling and sub-soiling can have a significant impact in improving drainage to dry out the soil and create conditions where blackgrass will not thrive.

Depth Control
Good depth control with sub-soilers is important in limiting the amount of soil disturbed and hence the potential for germinating grassweeds. Keep speed down to ensure soils do not ‘boil’ and bring buried weed seeds to the surface. Increase working width - not speed - to improve sub-soiler work rates.

Min-tilling
When min-tilling allow sufficient time between the last cultivation pass and drilling to enable any disturbed blackgrass seeds to germinate, flush and be killed off with glyphosate. 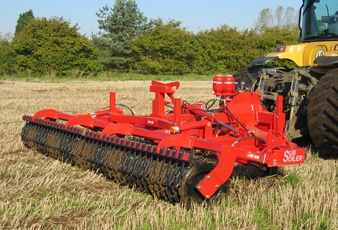 Rolling
A clod-free seedbed will ensure that blackgrass seeds (inside clods) are not exposed and allowed to germinate due to wet/dry clod breakdown after drilling. 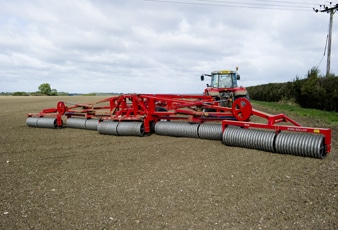 Surface Consolidation
Decent surface consolidation is also particularly important, not only to ensure even crop establishment, but also to prevent weed seed germination from deeper in the soil profile. A firm, level seedbed will also maximise pre-emergence chemical efficacy and will have a big impact on weed control from granular products such as Avadex, etc. 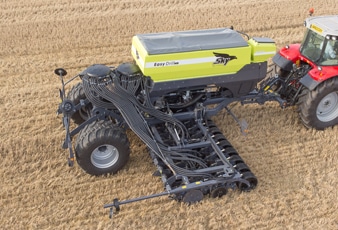 When spring cropping, I believe that there is not enough time to guarantee successful stale seedbeds in high risk blackgrass fields. Aim instead to create a consolidated seedbed in the autumn so that the weed flush can be maximised and then, in the spring, drill straight into the sprayed off area with a minimum disturbance drill. In this situation many growers may also find it useful to look at an over winter cover crop. This will help to out-compete weeds as well as retaining nutrients, building organic matter and limiting soil erosion.

Create the seedbed before you drill, allow a weed flush and then avoid cultivator drills that can cause excessive weed seed disturbance.

Direct Drilling
If direct drilling, again aim for minimum soil disturbance. There are a lot of variants of drills that can sow ‘direct’ into stubbles but many cultivate and disturb the surface. A no-till drill should be chosen where grass weeds are a problem.

Generally this will take the form of a disc drill. Disc drills are better than tines as they reduce disturbance. Look for as little angle on the disc as possible to reduce disturbance. Working speed will need to be matched to the conditions in the field on that particular day. Drilling into a growing cover crop can help as the plant roots knit the soil together to help reduce surface movement. The press roller design is also important as some disturb the surface excessively whilst closing the seed furrow.

Cover Crops
Cover crops can also help in extending the drilling window to allow later autumn drilling or to improve timing of spring drilling in a challenging season. A well-established, vigourous crop can suck up to 250mm (10in) worth of water out of the soil, improving travelling conditions and effectively providing a roll-down carpet for the tractor and drill to travel over.

Key take home point - in badly affected blackgrass areas control the weed as much as possible before drilling and disturb as little soil as possible when getting the crop in the ground.